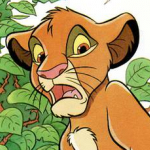 Hi, welcome to Little House on the Prairie Wiki! Thanks for your edit to the Episode 707: Divorce, Walnut Grove Style page.

I am glad to see you two have made friends. Just a reminder though. Little House on the Prairie was one the most inspiring and family oriented programs and book series stories of all time. The Little House Wiki here intends to honour that goodness so it must NOT be tainted and spoiled by foul language, fruitless, and unproductive quarreling. Anyone who cannot follow these basic rules runs the risk of being blocked! Good job with those infoboxes. The wiki need articles though.--DarkLantern (talk) 20:31, October 1, 2013 (UTC)

Yes, I understand but well the others Gunsmoke and Bonanza are here. No they don't take place in the same period but I'm not sure whether it should deleted. Was it influenced by Little House on the Prairie? This may be a basis for a policy to be made about these matters.--DarkLantern (talk) 15:34, January 15, 2014 (UTC)

There is also the presence of Highway to Heaven, Father Murphy, and The Waltons here being influenced as well--DarkLantern (talk) 15:02, January 17, 2014 (UTC)

Yes, I agree with you, Laura. And 4 of the 6 articles mentioned above were created by the user that I've mentioned before -- Muppets101. Maybe there could be an article that lists shows/movies that are loosely related. It may be interesting trivia, but these mentioned shouldn't have their own article -- but that's my opinion. --Musdan77 ~ Admin (talk) 06:01, January 26, 2014 (UTC)

These shows are also on the Bonanza Wiki. The reasoning behind them is that Michael Landon was involved in three of the shows (Little House, Bonanza and Highway to Heaven). He also set up Father Murphy for one of his Little House co-stars who was the main character in it. As for the rest (The Waltons, Gunsmoke), the only connection is probably the same actors and directors appearing in and directing them. From a Behind the scenes point of view, it is probably okay to have a small section about them, but separate wikis for episodes, actors etc.

It is rather like trying to unite Star Wars and Indiana Jones; same actor (Harrison Ford), same production crew (Lucasfilm) and same sense of humour. The dream of every fan, but never going to happen! Marino312 (talk) 14:56, June 8, 2014 (UTC)

Retrieved from "https://littlehouse.fandom.com/wiki/User_talk:LauraIngalls?oldid=16851"
Community content is available under CC-BY-SA unless otherwise noted.