The Reincarnation of Nellie (Part 1)

Nancy Oleson was the adopted daughter of Nels and Harriet Oleson.

Harriet showed interest in her immediately after seeing her in the orphanage because of her resemblance to Nellie in her youth. She was scheduled to be transferred to a special facility in Minneapolis before being discovered by Harriet. Not wanting to be adopted, she at first ran away but when brought back Harriet convinced her to come live with the Olesons in exchange for being pampered and spoiled by Harriet. Unfortunately, Nancy's personality and behavior was a bit worse then Nellie's was when she was young. After being brought back from the orphanage, Nancy was quickly spoiled by Harriet and soon after caused trouble in Walnut Grove, like fooling Willie into locking fellow classmate and rival Belinda Stevens in an ice shed so that Nancy could play the lead part in an upcoming musical at the school.

Nancy also convinces the Olesons and town that she was abandoned by her mother. Charles Ingalls ran into the man that ran the orphanage where Nancy was from and found out that Nancy's story was a lie . It turns out that Nancy's mother died while giving birth, and Nancy was forced to move into an orphanage because of her increasingly uncontrollable behavior. Laura, with some help from Belinda Stevens, convinced Nancy to be the queen of the dunk tank at Walnut Grove's upcoming festival. This proved to be the first of many schemes for Nancy. (Episode 801: The Reincarnation of Nellie (Part 1), Episode 802: The Reincarnation of Nellie (Part 2)

Nancy causes much trouble through the series. After learning responsibly, Willie begins to find his sister's behavior insufferable and once shamed her during the "Stone Soup" thing, when she refused to help because of the heat when Willie and all the other kids help irrigate Laura's drought-stricken field, by pouring a bucket of water over her head to "cool her off". (Episode 813: Stone Soup) She uses an obese boy (Elmer) to do her homework. (Episode 809: For the Love of Nancy) She bullies Cassandra sometimes, and when she is about to get in trouble she says, "You hate me! Why does everyone hate me!", often before bursting into tears, and sobbing. This makes Harriet quickly forgive her while Nels just rolls his eyes. Nancy once met Nellie in 'The Return of Nellie' and they didn't really get along. Nellie had a huge birthday party and Nancy didn't get enough attention so she ran away, but Nellie found her in the woods after Nancy was attacked by a wolf. Shocked by her behavior and remembering how her mother had spoiled her, Nellie pitied her and brought her home and it seemed as though Nancy learned a lesson, but, of course, she didn't. (Episode 908: The Return of Nellie).

The Olsens later get Nellie a rabbit but she ends killing it as a result of her neglect. (The Last Farewell).

Nancy Oleson was portrayed by Allison Balson throughout the series starting in season eight. 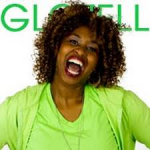 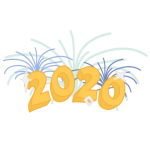