Little House on the Prairie Wiki
Register
Don't have an account?
Sign In
Advertisement
in: Characters, Female characters, Ingalls,
and 9 more

Carrie Celestia Ingalls, later known under her married name in real life as Carrie Ingalls Swanzey (August 3, 1870 – June 2, 1946) was the third child of Charles and Caroline Ingalls, and was born in Montgomery County, Kansas. She was a younger sister of Laura Ingalls Wilder, who is known for her Little House books.

Prior to the birth of Grace, Carrie was always the baby in the family. When the Ingalls family first moved to Walnut Grove, Carrie stayed home with Caroline, since she was too young to go to school. When she was old enough however, Carrie did go to school.

Carrie was very close to her adopted sister Cassandra when she and her older brother James came to live with the Ingalls.

Sometimes Carrie was shown to have a wild imagination. She dreamed that she had a fairy godsister named Alyssa that looked just like her, and she believed Alyssa was real. Later, her Pa convinced her that Alyssa was in her imagination, and she made up the character out of loneliness.

Carrie, unlike her brothers and sisters, seemed to grow up slowly. She always wanted to share rooms with Laura. When the Ingalls family moved to Winoka, Carrie excitedly exclaims, "I get to sleep with Laura just like Mary used to!", while Laura wasn't looking forward to it. Carrie can also get into mischief, like when she takes a nap in the ballon when Mary’s boyfriend Patrick, out of anger and jealousy, cuts the ropes and sends the balloon off with Carrie inside! Luckily, she is saved by Charles and Patrick. (Episode 411: Meet Me at the Fair)

During her late-teen years Swanzey was a typesetter for the De Smet News and, subsequently, other newspapers throughout the state.[1] On August 1, 1912, at age 41, she married widower David N. Swanzey (1854–1938), who is best-remembered for his part in the naming of Mount Rushmore. She became stepmother to Swanzey's two children: Mary Swanzey (1904-1969, married Monroe Harris, 14 children) and Harold Swanzey (1908–1936). Harold was one of the workers who helped carve Mount Rushmore, and his name can be found on the granite walls below the monument. He was later killed in a car accident. David Swanzey died in Keystone, South Dakota on April 9, 1938.

With her sister Grace's help, Carrie took care of their blind sister Mary after their mother's death in 1924.

Carrie was enthusiastic about her sister's books and helped her by sharing her childhood memories. Like Grace and Laura, she suffered from diabetes, and died of complications from the disease in Keystone on June 2, 1946, at age 75. She was buried in the De Smet Cemetery. She outlived her youngest sibling, Grace, who also died of diabetes complications, by nearly five years. 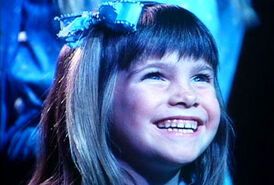 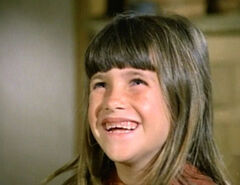 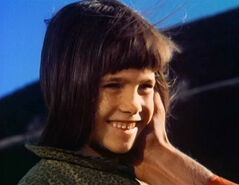 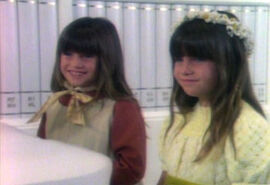 Carrie and Alyssa in Season Five 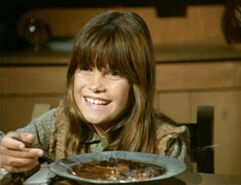 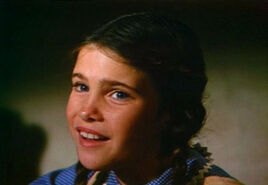 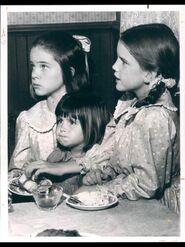 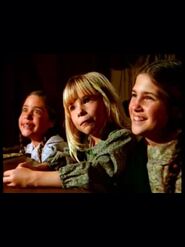 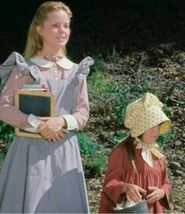 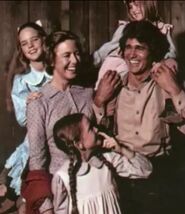 Carrie with her family

Linsay and Sidney Greenbush as Carrie 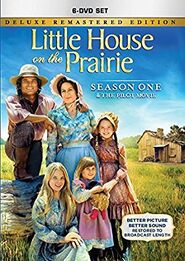 Carrie on the disc